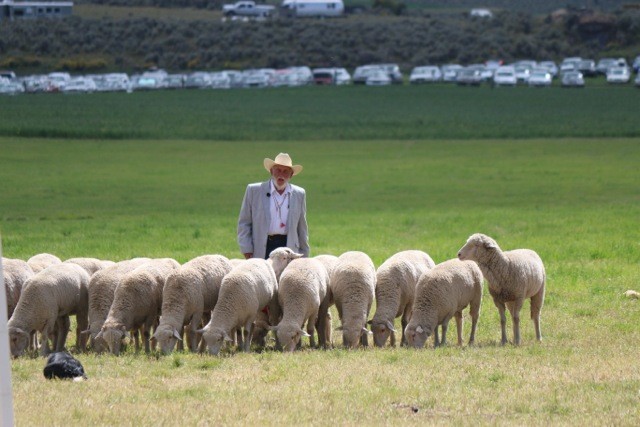 Emil’s breeding program has added much to the genetic base of the Border Collie breed in North America. Ben appears in the pedigrees of many solid ranch dogs as well as top trial dogs. Emil has almost exclusively trialed and handled dogs from his own line. The dogs are gritty, with the toughness and stamina to do real work on farms and ranches, while being biddable and refined enough to excel at trials. Emil has had great success at the top trials and finals over many years and is also a respected judge. In addition to being a successful breeder, handler, and trainer, Emil has given much of his time to the Border Collie Community. He spent countless hours helping organize multiple USBCHA Finals, Meeker Classic and many other trials as well as serving multiple terms on the Board of Directors for the ABCA, USBCHA, and TSDAs. (M.Neary)