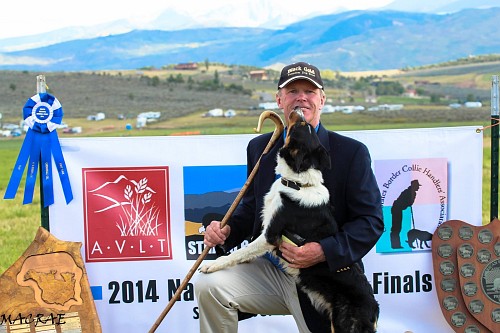 Simply put, Alasdair has brought a sea change in training and handling ability to the Border Collie community in North America. His accomplishments on the trial field are unequaled and have truly raised the bar and set a higher standard for all to strive. Alasdair has shown not only what’s possible but also how to achieve it. Though countless clinics and lessons as well as videos he has shared his knowledge of training, handling and breeding Border Collies. Alasdair has also provided well bred & trained dogs to handlers and farmers across North America. Many of these dogs have had great success on the trial field or become indispensable and valued partners on the farm. Finally, his support for local and national organizations, his professionalism and fairness on the trial field and his commitment to promoting the Border Collie as a work dog make this recognition most well deserved.