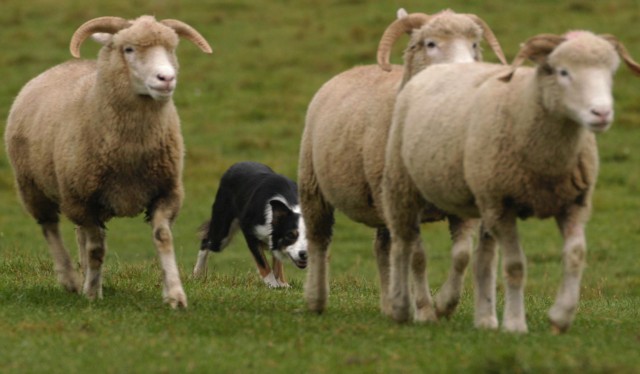 Originally from Scotland, Pippa was bred by David Shennan and bought by Ian Brownlie, who said, ‘Pippa was really easy to train, a very intelligent dog. One of the most intelligent I have started.’ She went on to win the Scottish Nursery Championship. She had a great temperament and was tremendous at finding sheep; she had a great feel for them. Pippa could make a bad sheep look good. These traits in Beverly’s hands made Pippa a champion. (A. Milliken)